In 2003, Brazilian fashion label Neon presented its first runway show in designer Dudu Bertholini’s own living room to an intimate audience of 30 people. A decade later, and under the creative direction of Bertholini and Rita Comparato, Neon is far from being a small affair on many fronts, having gained the respect of fashion journalists in its home country and a reputation for exuberant and playful juxtaposition of bright colour and patterns with flowing silhouettes.

A range of garments such as pants, tunics, blouses, coats and swimsuits came in voluminous caftan shapes that evoked 1980s’ fashion with high waists and mandarin collars featuring prominently.

In addition, a range of accessories designed by Christopher Alexander and inspired by the work of American sculptor Alexander Calder, complemented the collection very adroitly.

Here are some of the Neon Spring-Summer 2014 RTW Highlights: 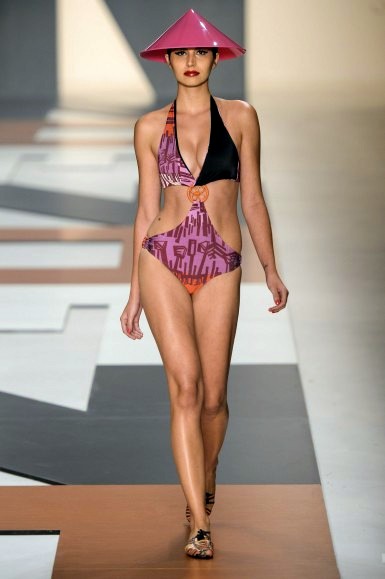 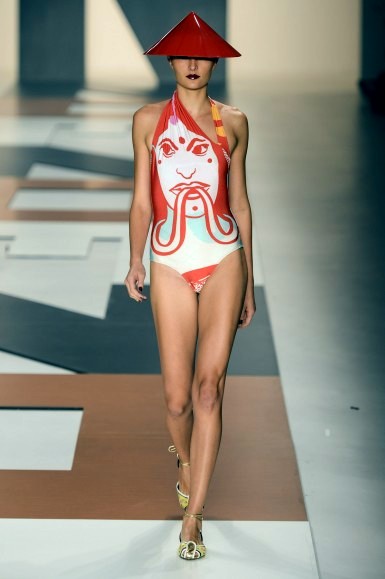 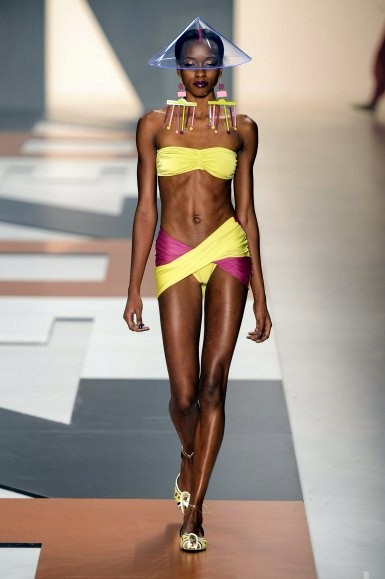