Francisco Costa is celebrating his tenth anniversary at the helm of Calvin Klein this season. It's a milestone, and the brand is doing it up: new Tribeca venue, A-list star power in the form of Nicole Kidman and Rooney Mara (the face of the label's just-launched perfume, Downtown) in the front row, and a glitzy party planned for later this evening.

Costa, for his own part, didn't let the moment slip by. True to the house's roots, minimalism has long been the designer's signature here, but you couldn't call what he did today pared back. If he didn't exactly play against type, he certainly tried a few things that felt new. "Elevated deconstruction," he called his Spring experiment afterward. It was a gutsy show for Costa.

The collection started off much as they usually do at Calvin Klein—with white, but the exposed seam allowance on the opening look's strapless wrap top and skirt flashed pink. Color was the first difference; in addition to that pink, there was the red, mint, and brilliant emerald green of handwoven cotton tweed. A black nylon material he used for a tank top and a full, short skirt was loomed with bright threads. Yarnlike threads also appeared as a deep fringe on a woven black leather jacket. Costa has traditionally been too controlled a designer to embrace something like fringe. Here, he made it a big part of the story, and the three swishy finale dresses especially were an argument for a more freewheeling Francisco.

by Nicole Phelps, via: style.com

Here are some of the Calvin Klein Spring-Summer 2014 RTW Highlights: 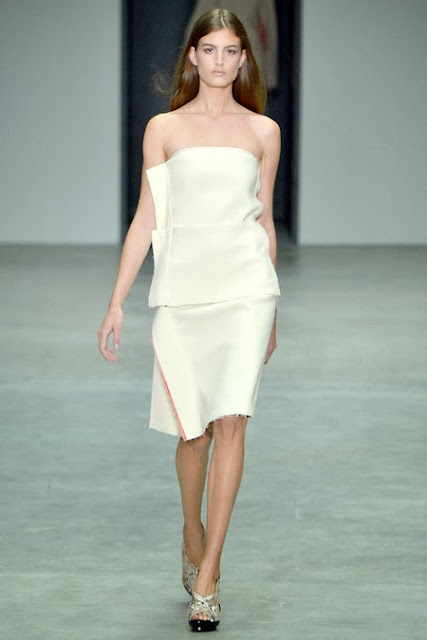 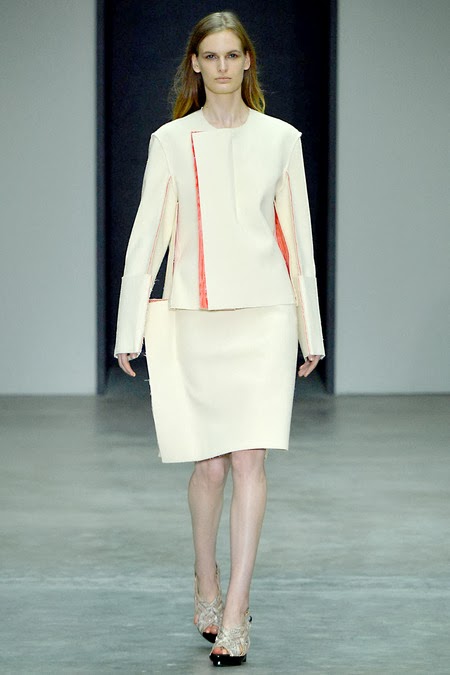 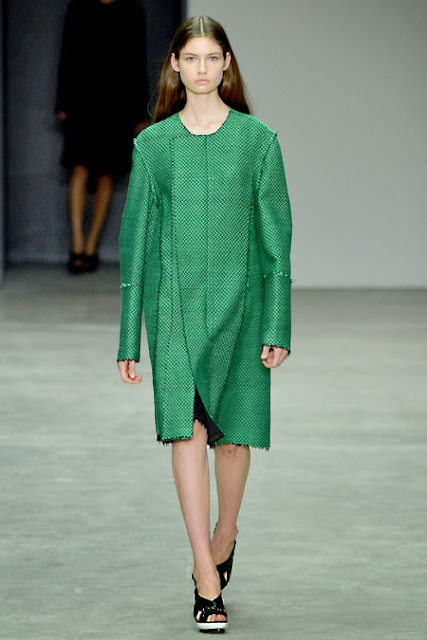 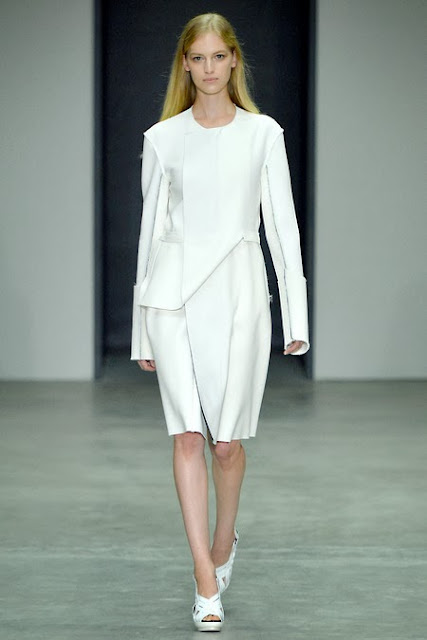 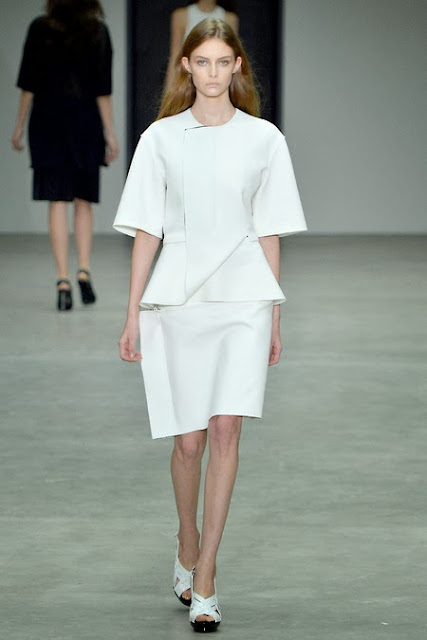 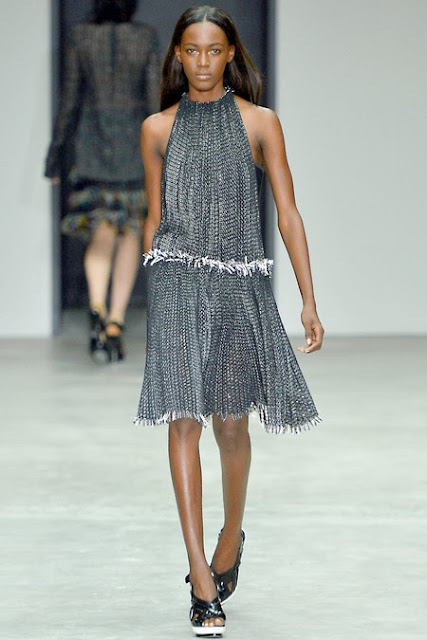 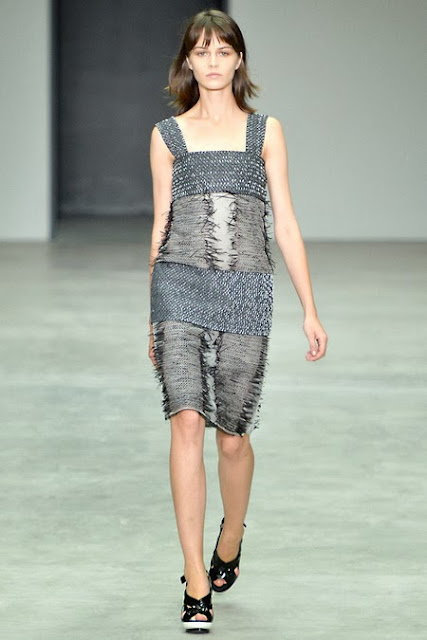 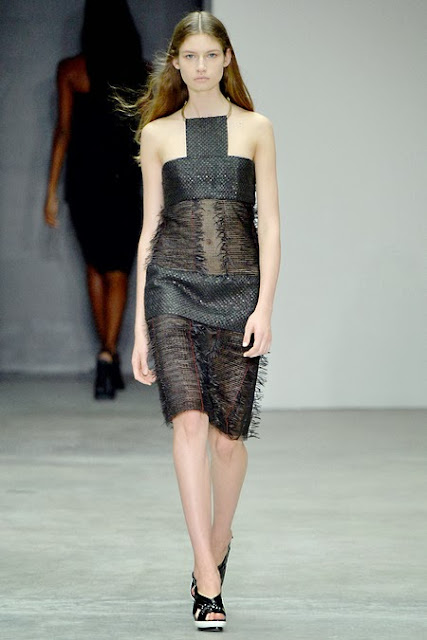 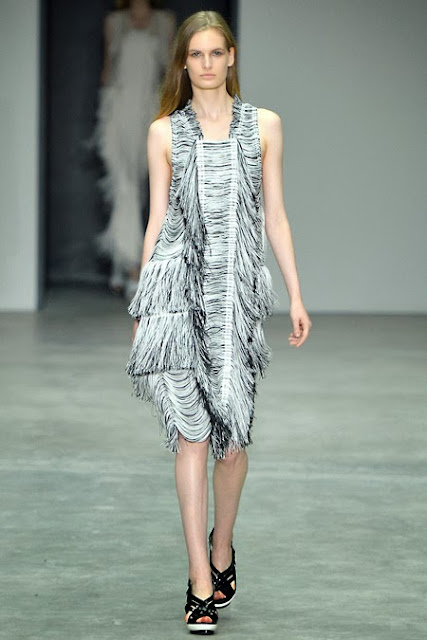 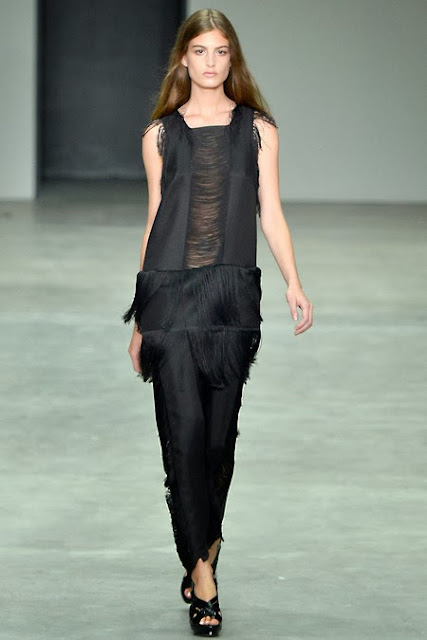