For Spring, Mark Badgley and James Mischka's point of reference was Jacques Henri Lartigue's 1920s photographs of women lounging around the French Riviera. The resulting runway told a notably concise story, taking the Badgley Mischka woman from the beach to a yacht to under the sea in twenties- and thirties-inspired silhouettes.

"We are always thinking about designing for real people, even when we're designing couture," said Mischka at their studio the day before the show. Spring will give those clients plenty to choose from.

The collection started with a set of navy and white looks for day, and it starred the most perfect summer tweed: a navy taffeta threaded with a white cotton slub, which was made into several separates, including a boxy cropped jacket and a formfitting trumpet skirt. There were pretty polka dots, too, used deftly on a pair of chiffon palazzo pants and a bra top.

The designers soon transitioned into evening, sending out a series of gowns that reflected the colors of sunlight on the sea: Grecian-esque columns in pale peach, lavender, and orangey red were mixed in with similar numbers in a soft chrysanthemum print.

For the finale, Badgley and Mischka looked to the mermaid to create the heavily beaded styles for which they're best known, in colors like aqua and iridescent pink. A cream column dress embellished with floral appliqués sewn on with navy yarn was particularly beautiful and reminiscent of Badgley Mischka's work from the late nineties, when the label first became a red-carpet smash.

Here are some of the Badgley Mischka Spring-Summer 2013/2014 RTW Highlights: 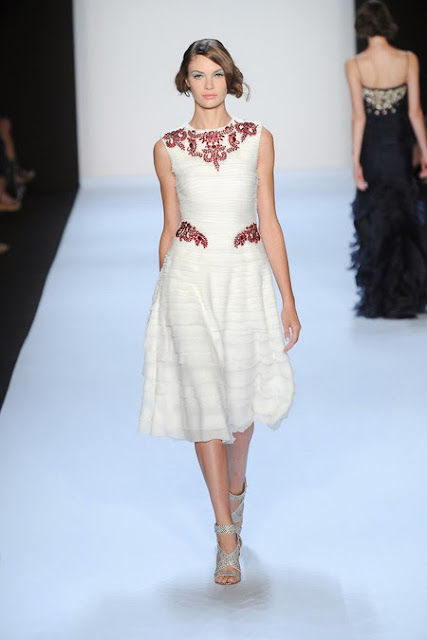 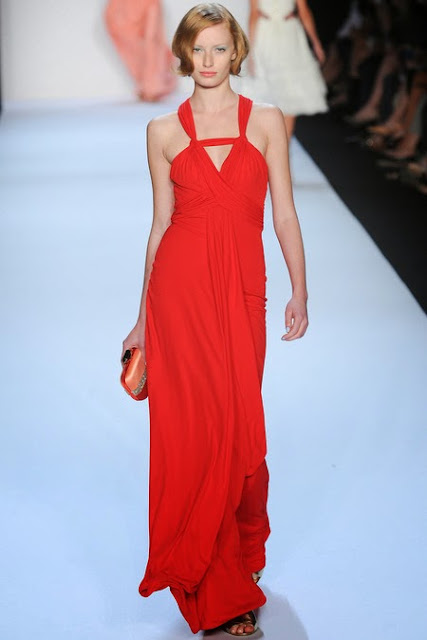 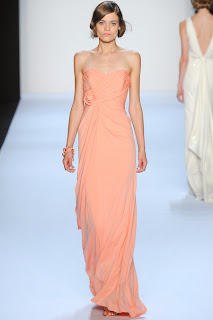 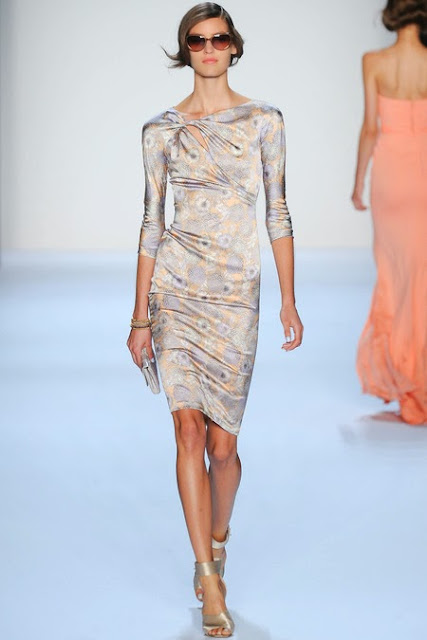 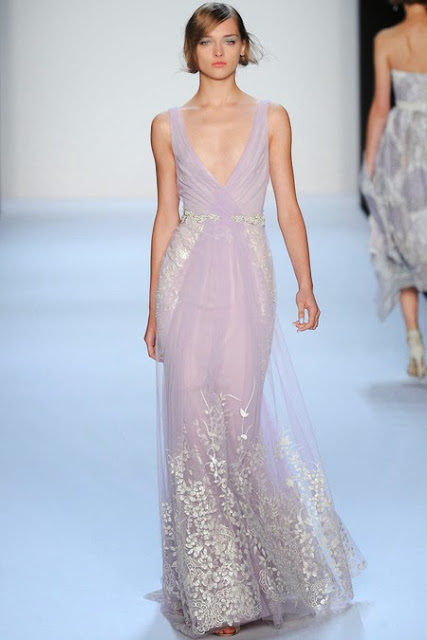 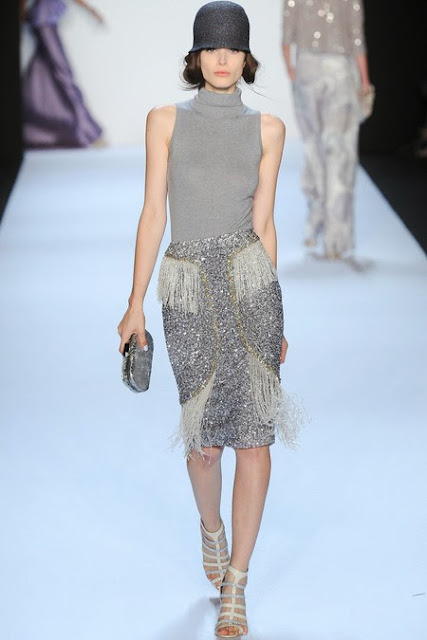 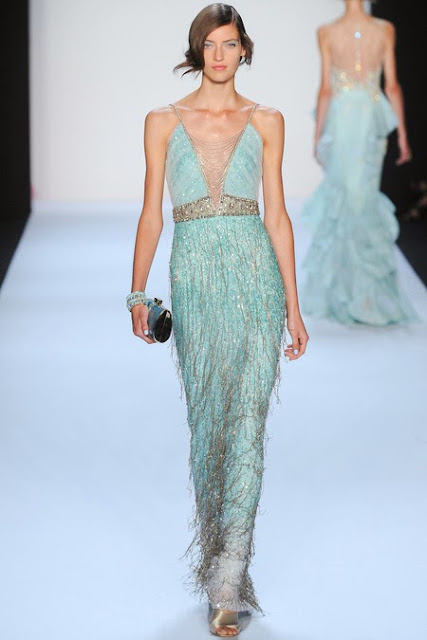 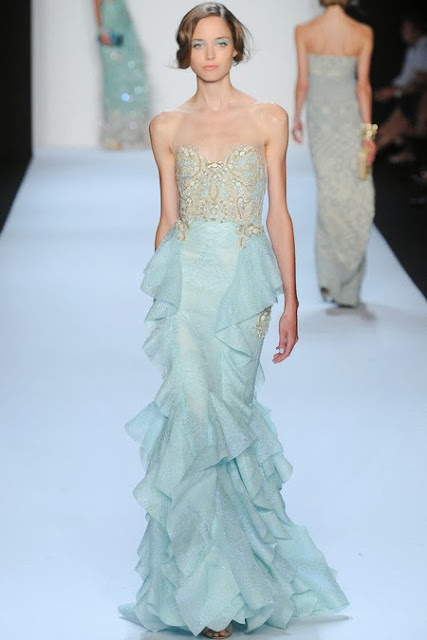 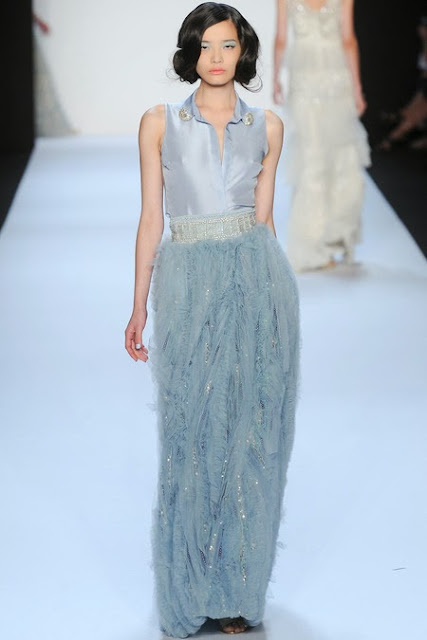 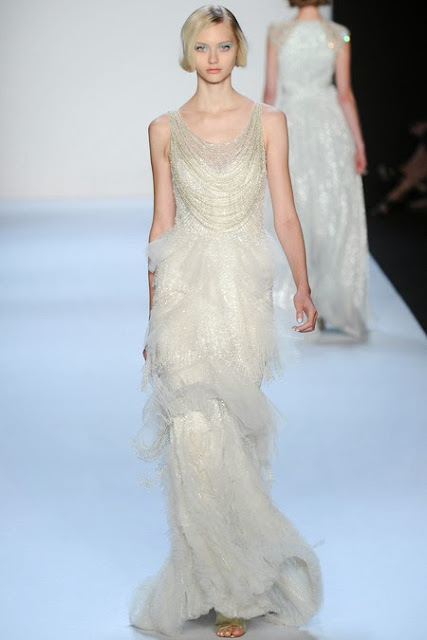 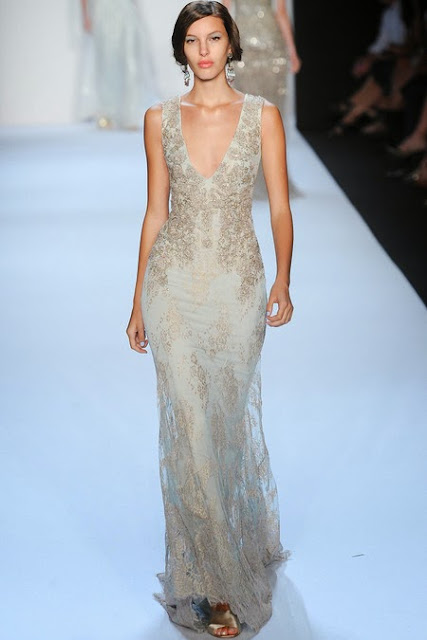 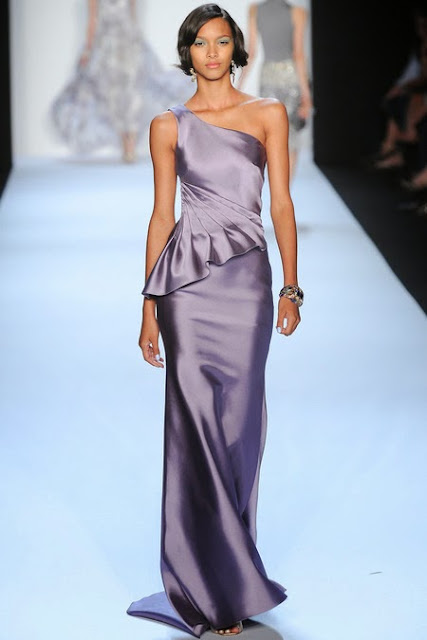 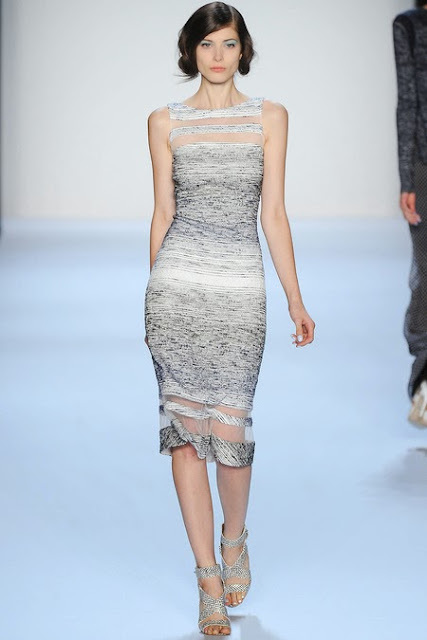 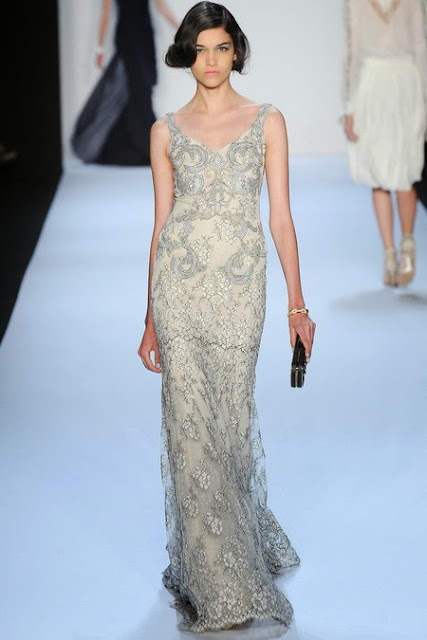 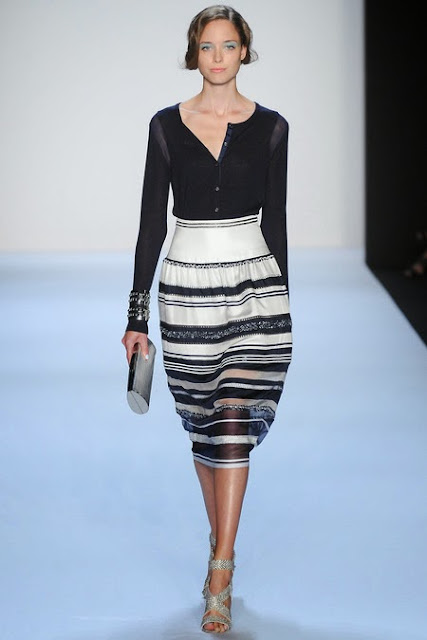 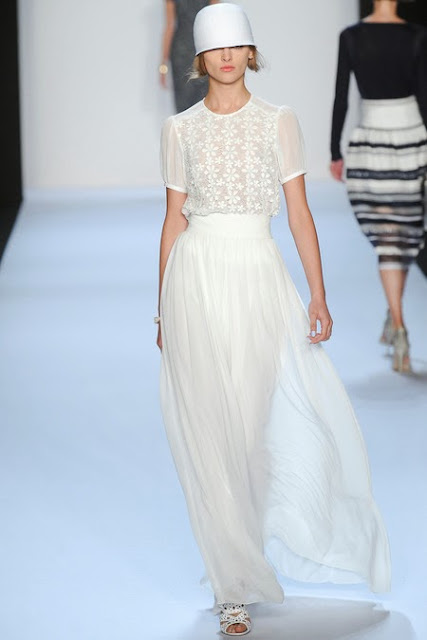 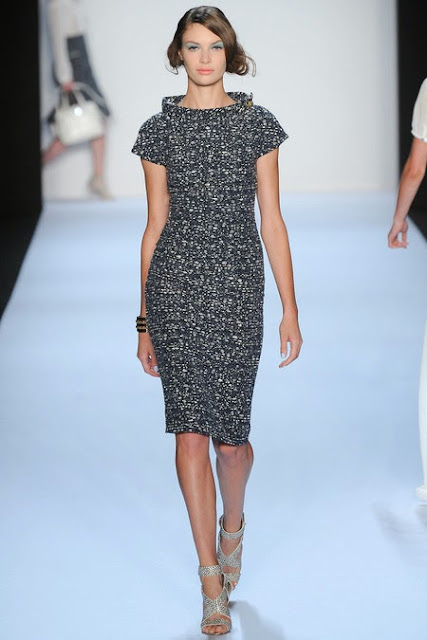 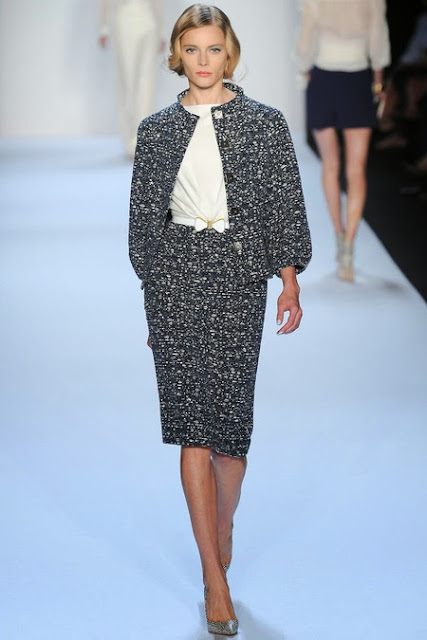 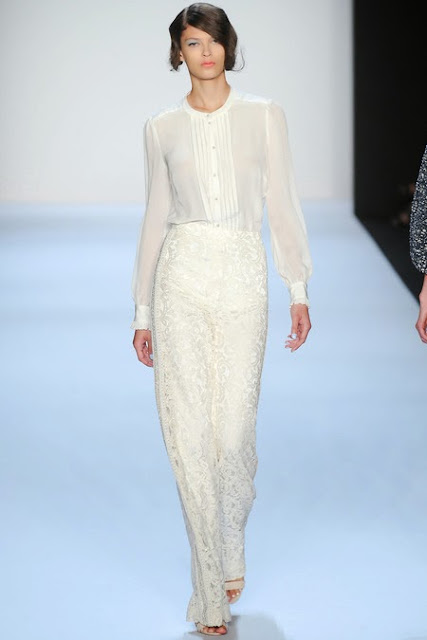 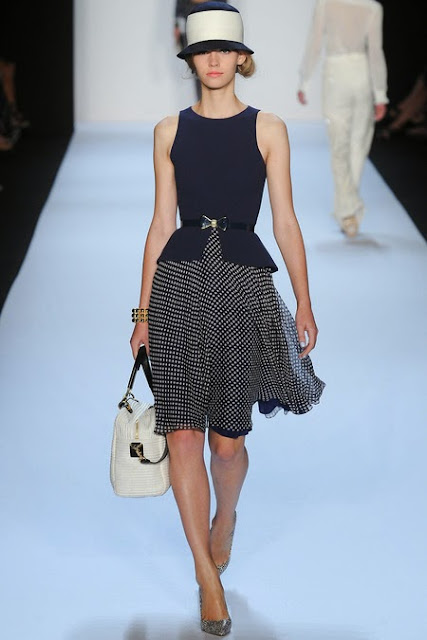 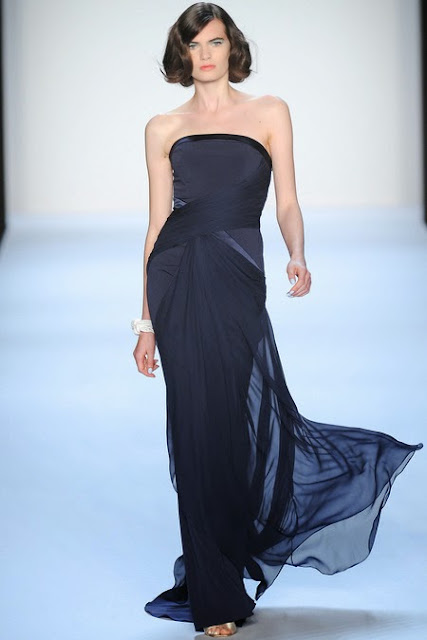 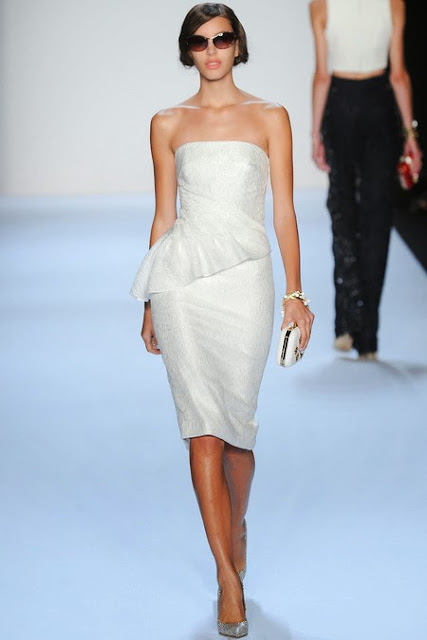 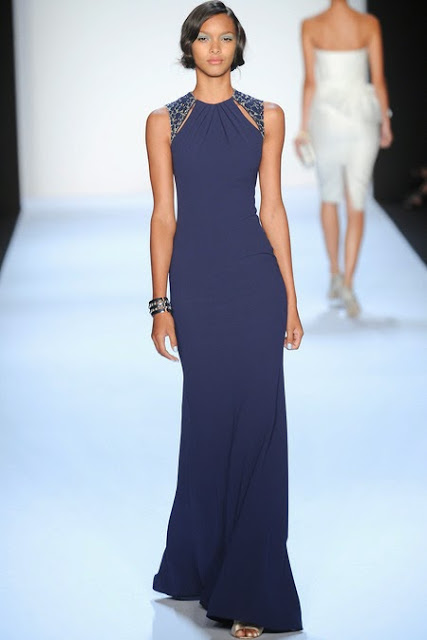 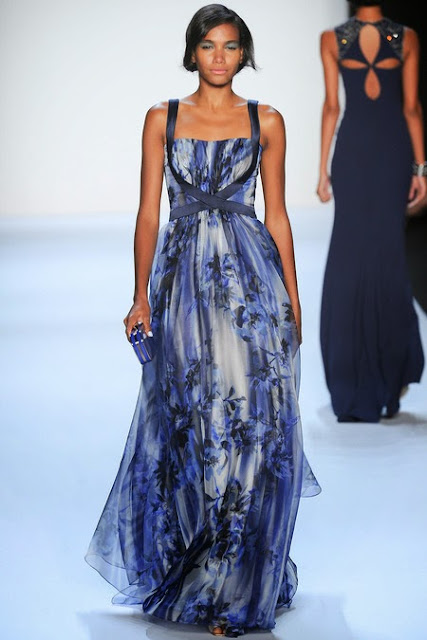 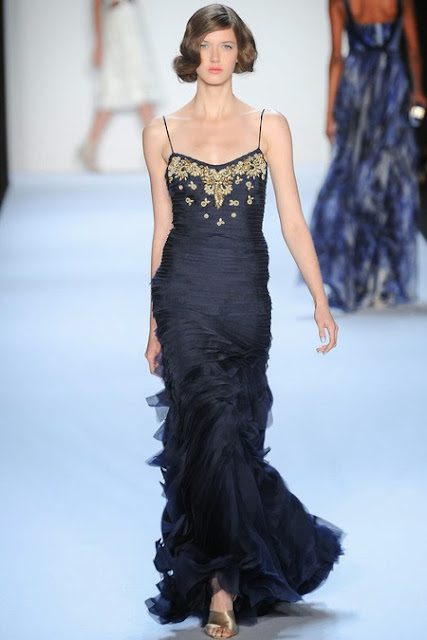 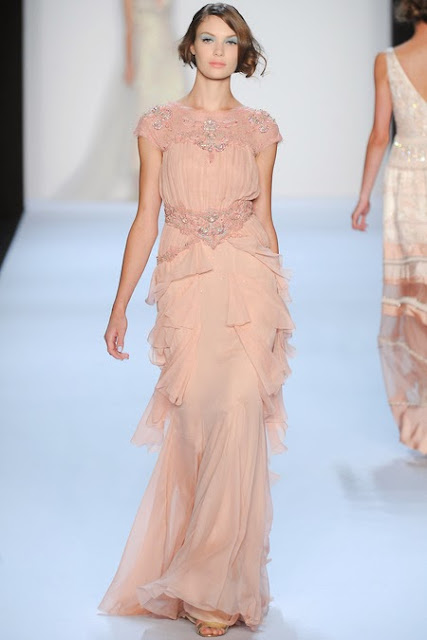 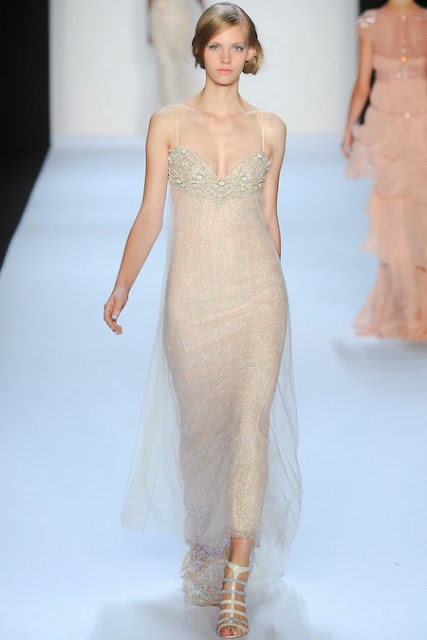 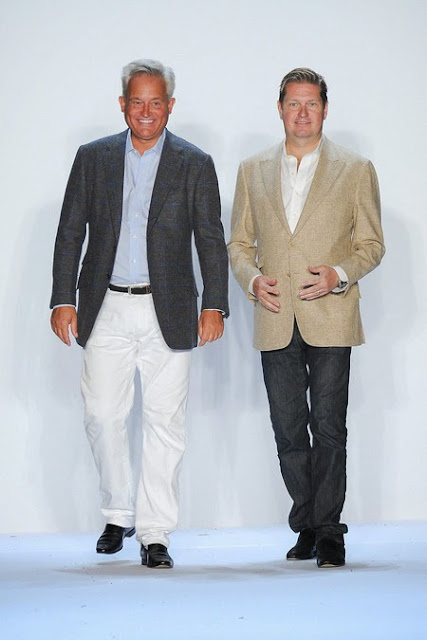