We've finally found something that Ashish Gupta likes more than sequins, and that is Coca-Cola: Its slogan was seen over and over again, emblazoned in sequins (of course) in his show today. Ashish's narrative was one that many will relate to, about a party girl who, after a particularly late night, rolls out of bed, throws a sweatshirt over the party dress she passed out in the night before, and nips out to the corner shop for that ultimate hangover remedy: Coca-Cola.

Ashish had his girl pegged, down to the mismatched socks, messy hair, and grocery-shop bag festooned with sequins. The story was also about the internationality of the shop owners: They are Indian, Arabic, African. Said Ashish: "My local corner shop is owned by Arabs, and I love seeing everyday products like beans stacked next to exotic products like figs, where the packaging has this wonderful lettering that looks like calligraphy." That explains looks like this show's gray sweatshirt suiting, and caftanlike robes with Arabic characters spelling out "Thanks for coming," "Joy," or "Love." It also explained the abundance of African and Indian chunky jewelry—never mind the regal crowns that might've belonged to a Viking. "It was all a celebration of everything international and what a great multicultural city we live in," Gupta explained.

Looks to note included loose denim trousers in rainbow sequins and a dress that crossed zebra and leopard prints. Ashish has a bona fide groupie base of fashion students who stand for hours to get into his show, and the cheers and hoopla can reinvigorate even the most cynical critic. But now that he's nailed the whole sequin/pop culture/underground-cool thing, we wish he would turn his eye more to shape and structure. When that happens, who knows how high his star could rise.

by Afsun Qureshi, via: style.com

Here are some of the Ashish Spring-Summer 2013/2014 RTW Highlights: 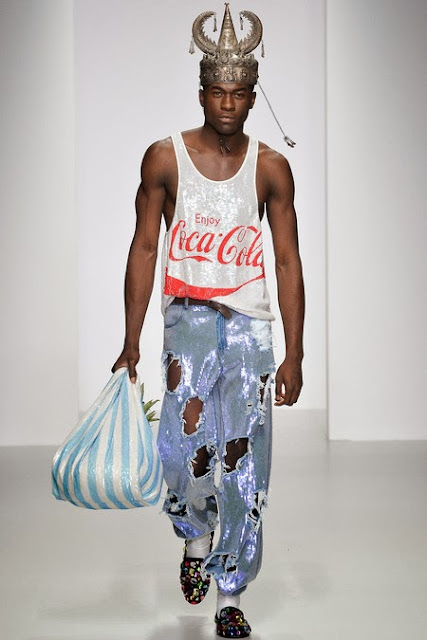 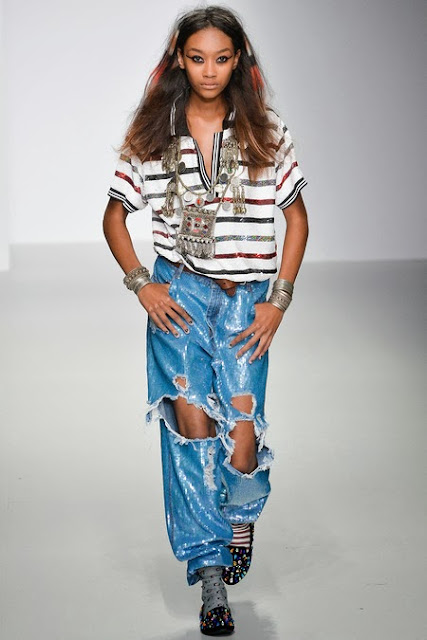 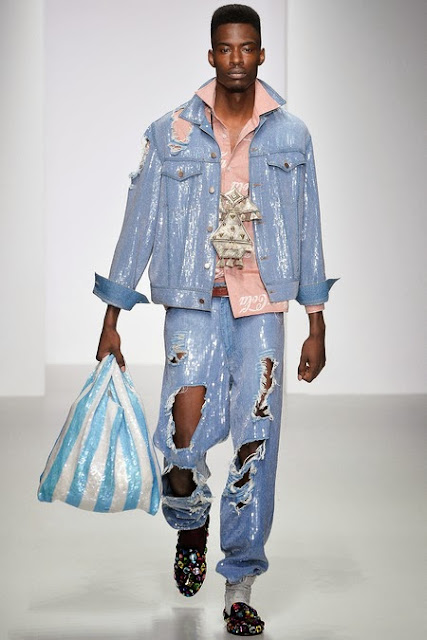 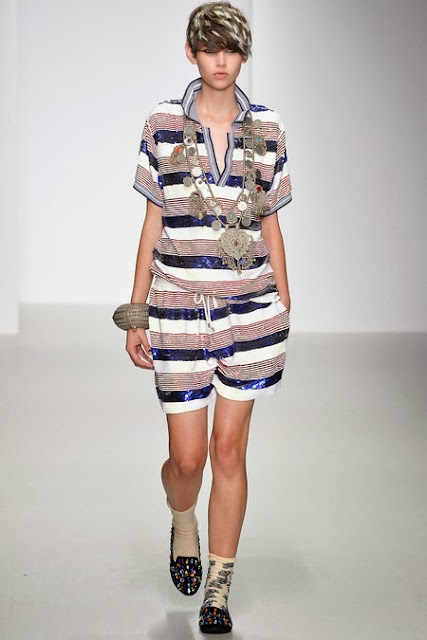 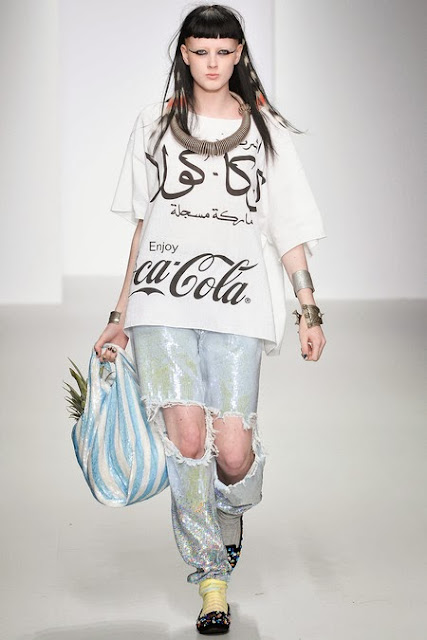 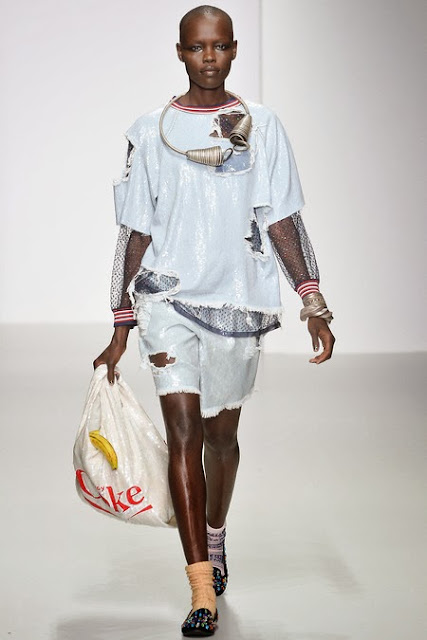 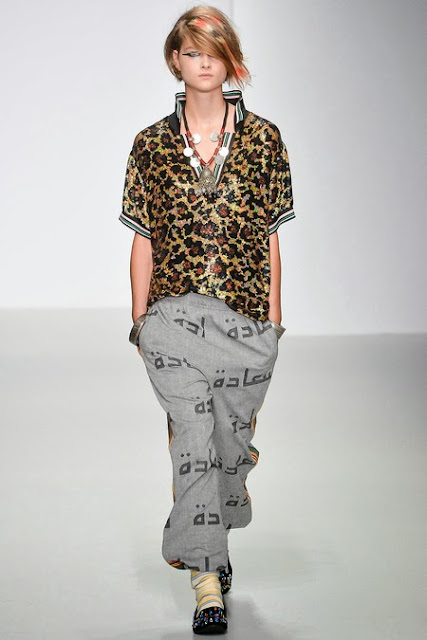 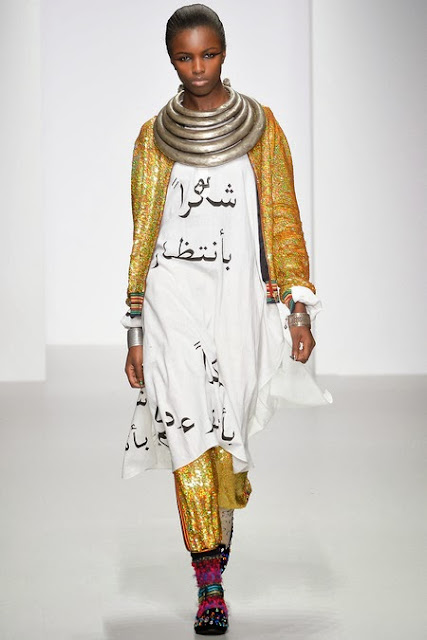 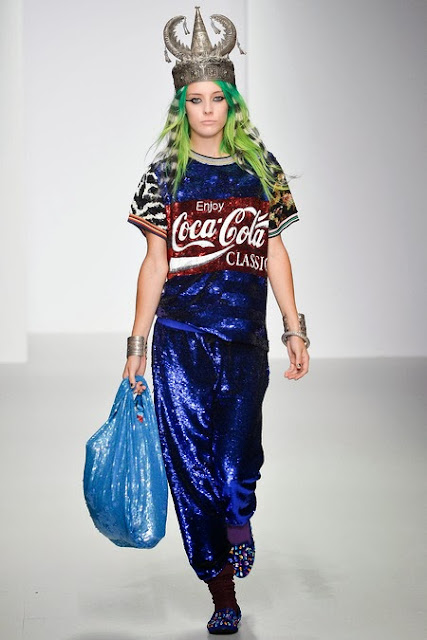 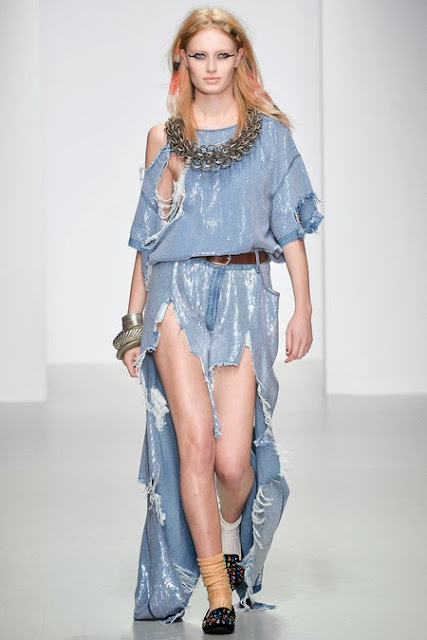 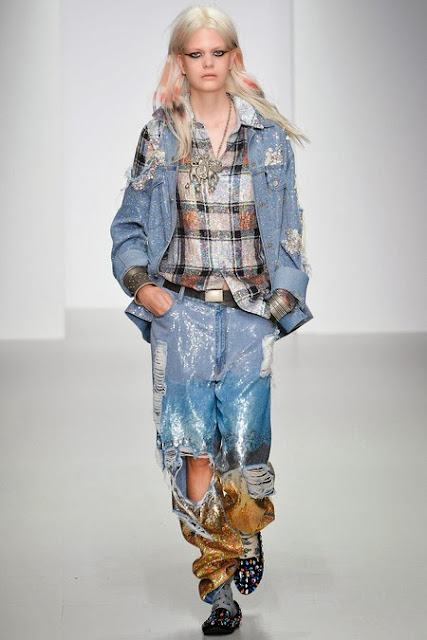 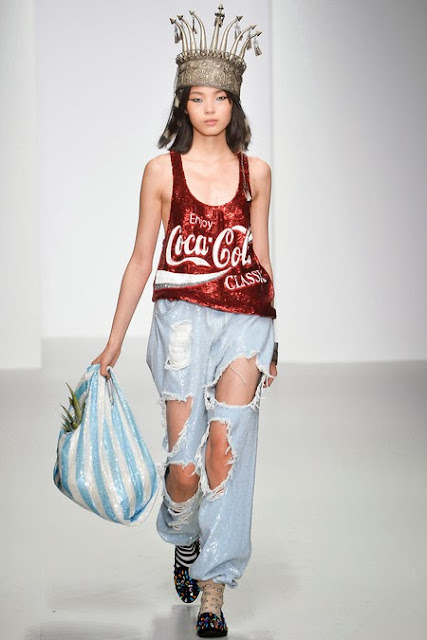 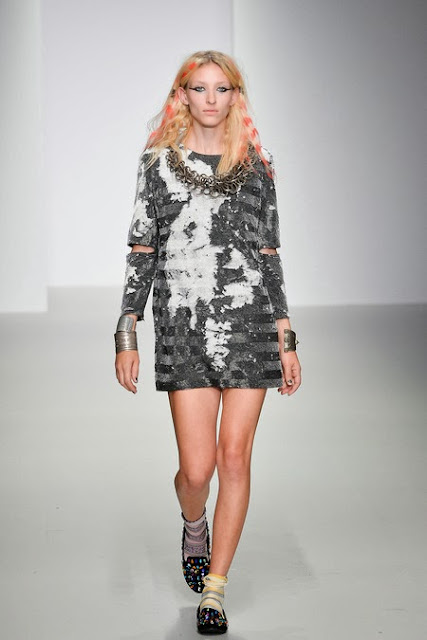 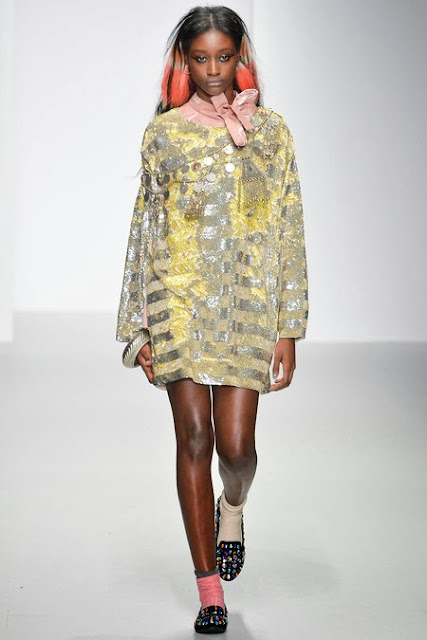 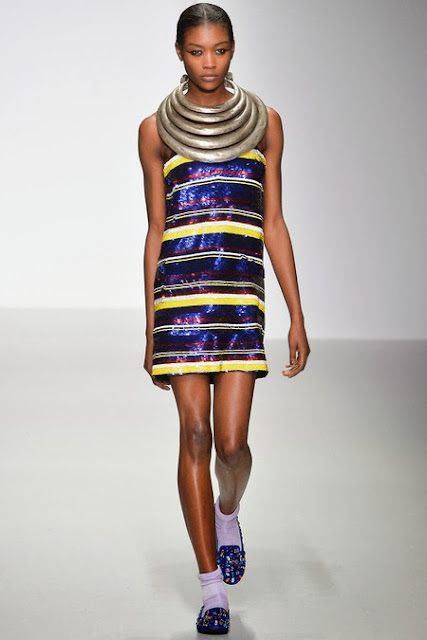 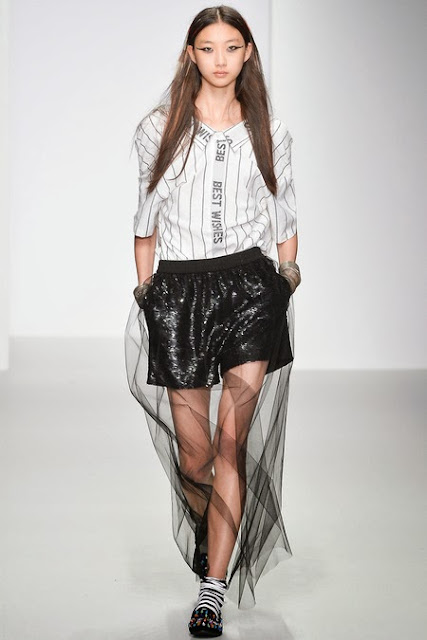 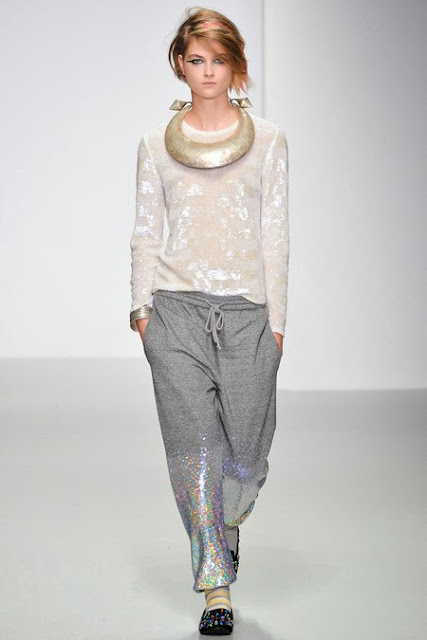 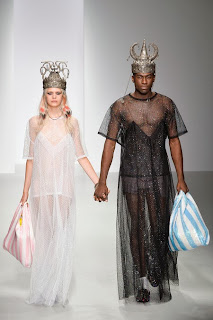