The fashion exhibition Punk: Chaos to Couture might have ended its run at the Metropolitan Museum of Art, but fashion's obsession with that unintentionally stylish movement will never subside. Or, at least, that's what the house of Pierre Balmain is betting on for Spring.

Here are some of the Alexander Wang Spring-Summer 2013/2014 RTW Highlights:

The design team, which presented its collection in digital format again this season, created a range of layering basics that included lace-up leather leggings for women, tanks with stretched-out armholes for guys, and white jeans for everyone.

If white jeans don't sound very punk, that's because the whole thing was polished up with clean, early-nineties accents. A cutoff black denim mini and fishnet tights, for instance, were matched with a sexy, cool black cropped turtleneck and a white broad-shouldered cotton blazer. An oversize motorcycle jacket was layered over a mini with a cutout neckline—perfect for Cindy Crawford in her Pepsi-girl days. And for the men, a utilitarian white shirt—short sleeves, collarless—was worn with black jeans and the ultimate punk accessory: a studded belt.

A few items—a sweater with a ripped-up collar, a holey sweatshirt—might have taken the theme a bit too far. After all, a real rebel lets that sort of decay happen on its own. But for those with punk in their hearts, not their bank accounts, Pierre Balmain could be the new go-to brand.

Here are some of the Alexander Wang Spring-Summer 2013/2014 RTW Highlights: 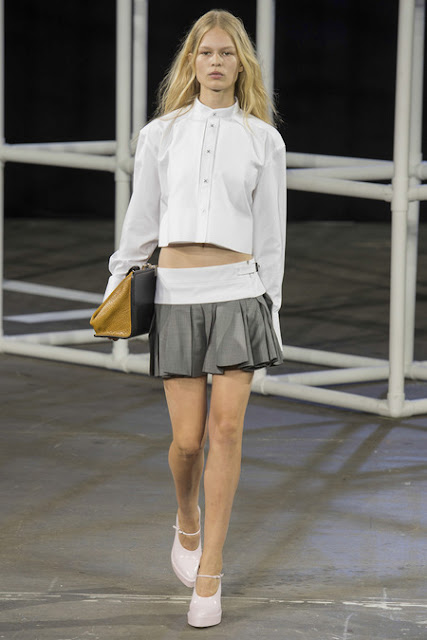 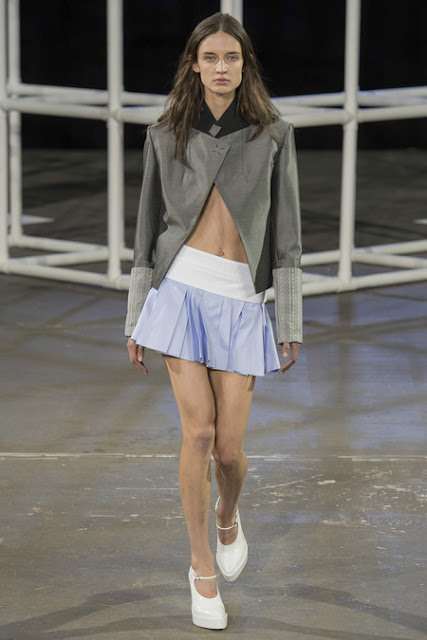 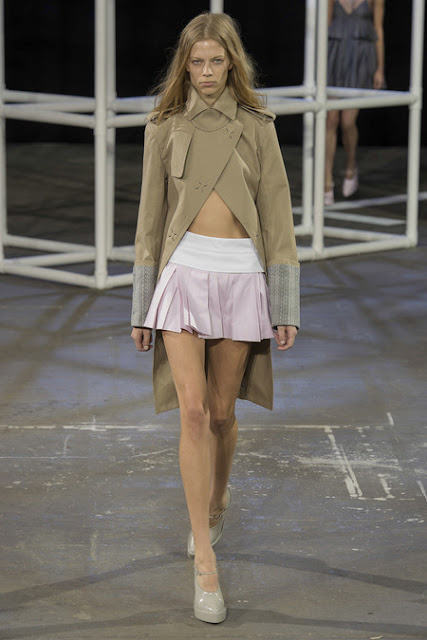 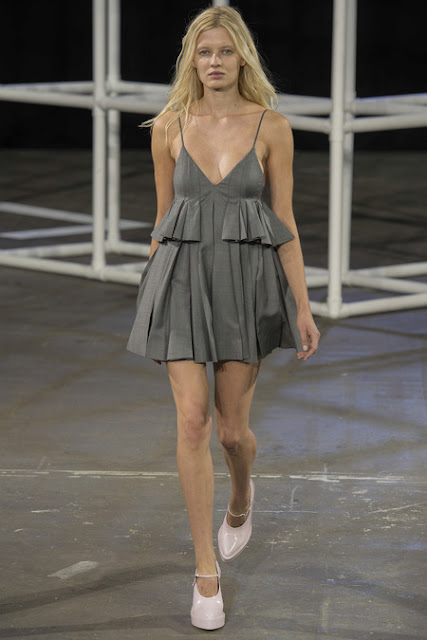 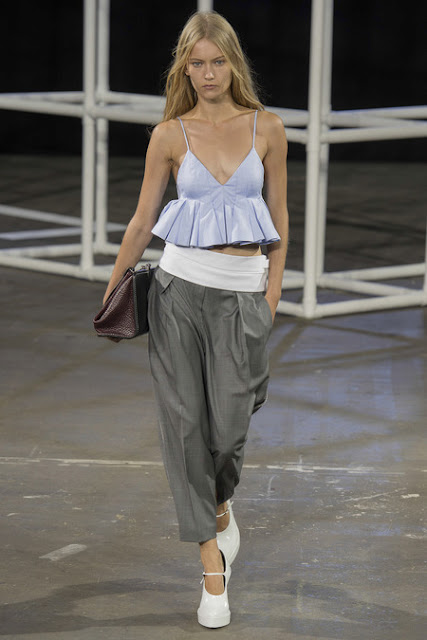 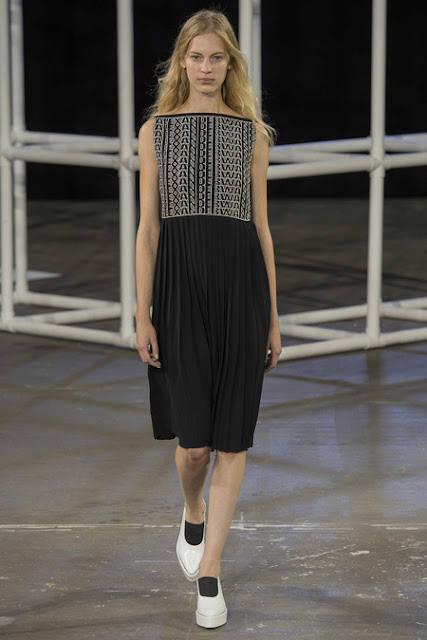 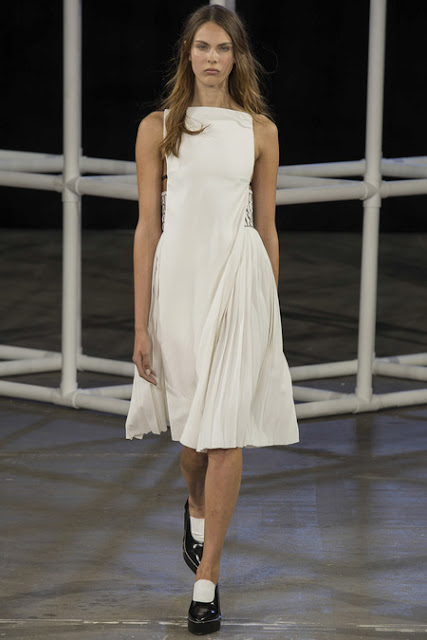 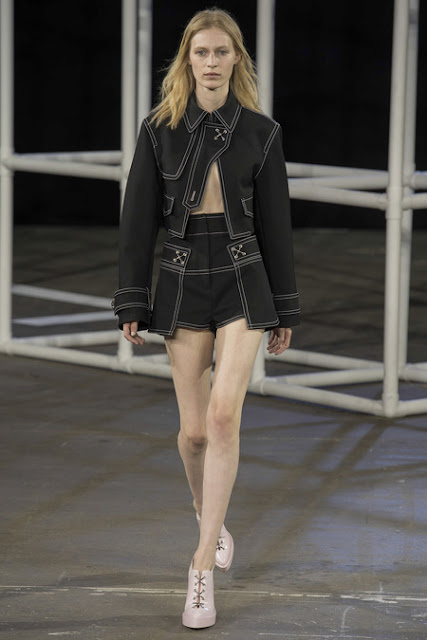 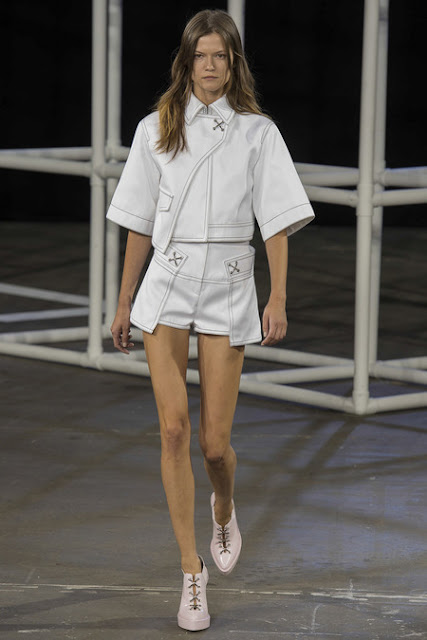 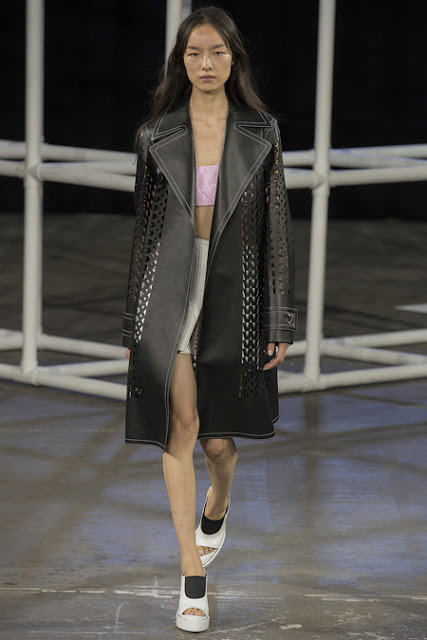 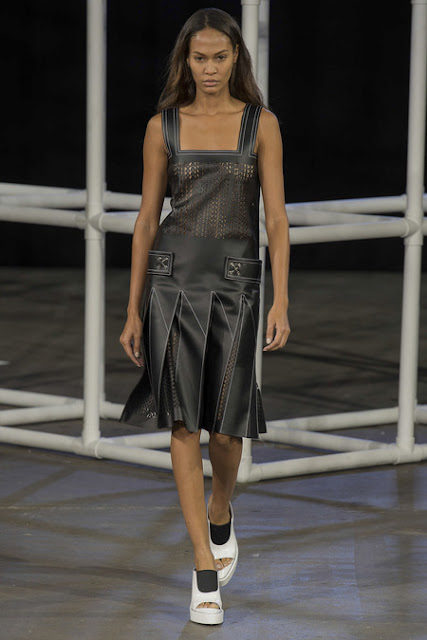 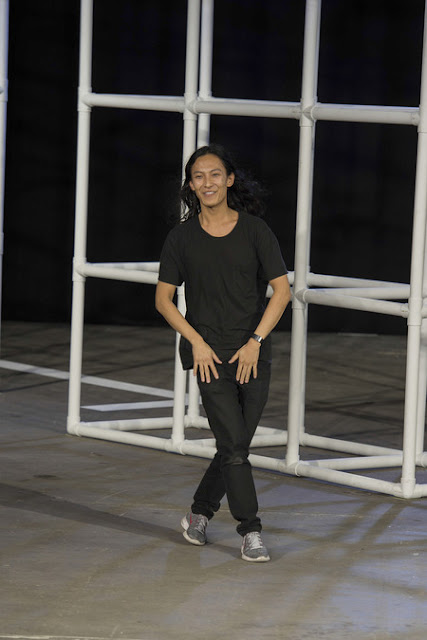